It is China's first crewed spaceflight mission in five years. The three astronauts on board the Shenzhou-12 spacecraft will be Nie Haisheng, Liu Boming and Tang Hongbo. They will go to space and help assemble China's first space station and conduct scientific experiments from it.

Hence, I want to talk about the role of 3D printing in the aerospace industry.

Many complex designs can be realized by 3D printing to reducing the weight of the parts and lower production costs, which brings many benefits to the aerospace industry. 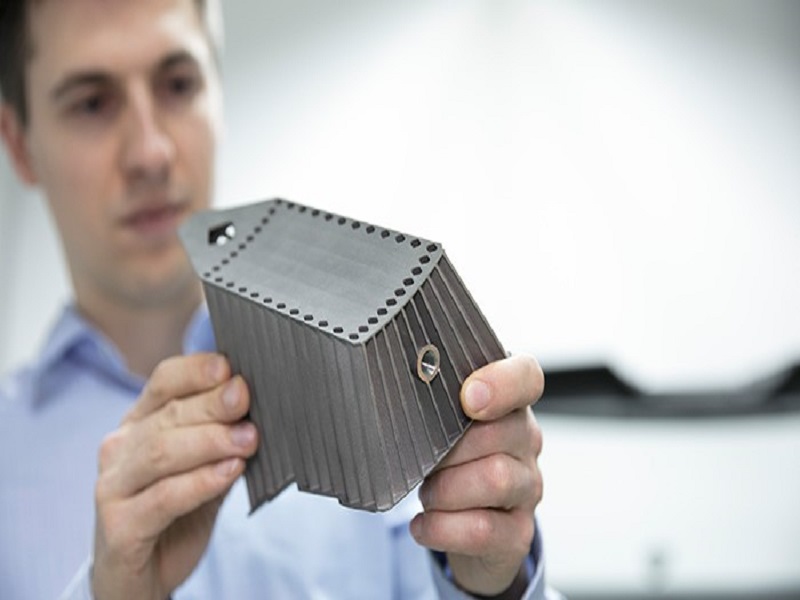 Titanium alloy is one of the most commonly used materials for 3D printing in the aerospace industry, combines the lightness of aluminum and the strength of steel.

Though the titanium powder is expensive but the optimized design based on 3D printing can save material as much as possible.

For example, the FDM 3D printer was taken to be a CMM tool to develop coordinates by Moog Aircraft Group.

In the past, the company outsourced the manufacturing of CMMs, which took four to six weeks.

Now, that can be finished for 20 hours by using a 3D printer, reducing the cost from 2000 pounds to several hundred pounds

We have to prepare with part for the unpredicted requirements just in case. 3D printing is an ideal solution to produce parts whenever they are needed.

The maintenance time and the transportation cost and stocks can be reduced by batch 3D printing. For example, 3D printing parts such as handles and longitudinal rods of old aircraft.

More and more aerospace manufacturers are using 3D printing to produce parts, from accessories in the cabin to engine components.

Such as Diehl airline 3D printed 1 curtain hub that sits on top of the curtain rails, separating the individual pods.

They used fiberglass and aluminum to make it previously, which not only had a long production cycle but was also expensive.

Nowadays, the 12 plastic parts were printed by a 3D printer in Diehl airline that can be assembled and used in the Airbus A350 to reducing the cost.

Manufacturing engine components is another advantage of 3D printing due to the ability to make lightweight, complex parts.

Last year, Rocket Lab made extensive use of 3D printed parts when it built its 100th Rutherford rocket engine.

Since 2013, the company has been 3D printing major engine components, including combustion chambers, injectors, pumps and main propulsion valves.

The challenge of 3D printing in the Aerospace industry

For the Aerospace industry, the biggest challenge of 3D printing is certification.

The aircraft component must comply with the strict rules, regulators are tasked with ensuring that 3D printed parts are as safe as those made by traditional methods.

In 2018, SAEInternational released the first set of Aerospace Materials Specifications (AMS) for metal additive manufacturing materials and processes for critical parts of aircraft and spacecraft.

Another challenge for 3D printing in the aerospace industry is to establish a disciplined process, in addition to design and manufacturing, a qualification process must be established to ensure that the required parts can be 3D printed according to the process and that each step meets the specifications.

The future of 3D printing in aerospace applications