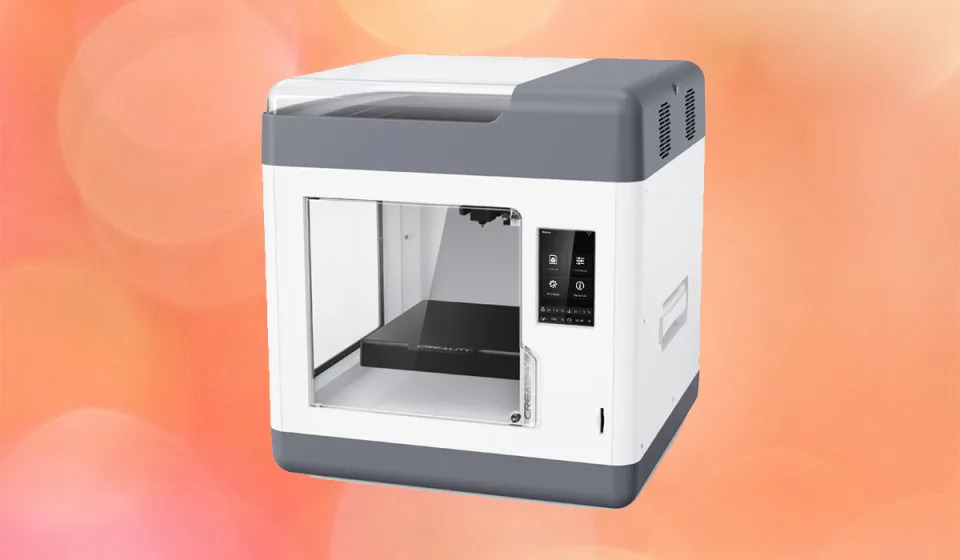 I have no idea what a "sermoon" is, but the Sermoon V1 3D printer is a rockstar.

Until recently I had a love/hate relationship with 3D printing. I loved the results (Star Wars models! Toothpaste-tube squeezers! A working wrench!) but hated all the hassles. Bed leveling. Nozzle clogs. Z-axis offsets. Filament adhesion. You could go mad trying figure out what was actually causing the problem, let alone trying to solve it.

The Creality Sermoon V1 is the most hassle-free 3D printer I've ever used. I won't say it's on the level of Star Trek replicator-simple (it will not, for example, produce "tea, Earl Grey, hot" on command), but it's refreshingly easy to learn, operate and maintain.

Needless to say, it has taken nearly all the "hate" out of the equation; for the most part I absolutely love it. Here's everything you need to know.

Earlier 3D printers required quite a lot of assembly, along with some YouTube video-watching to make sure you did everything right. These were not novice-friendly machines. More and more models these days come partially preassembled, leaving you with maybe 10-20 minutes' worth of screws to tighten and cables to connect.
The Sermoon V1, however, emerges from its box 98% ready to go. All you have to do is remove some packing materials and load a spool of filament, which rests on a swing-out arm that folds flush into the printer when not in use. That's it. Then you can pop in the included SD card and choose from a small assortment of starter prints.
Okay, there's one aspect of the setup that can be a bit confusing: When you feed filament through the Bowden tube, that tube actually pops out of the extruder once the filament meets resistance. (Yeah, there's a fair bit of terminology to learn, here.) This seems wrong, problematic, but it's just the way the Sermoon V1 handles filament feeding. Once you get used to it, no big deal.
I will say the included setup manual is short and not particularly helpful, especially to total novices. And because this printer is new to market, you won't find many user-created how-to videos. Thankfully, Creality's own Sermoon V1 setup video covers the basics fairly well.

As noted above, the Sermoon V1 looks really slick, a glossy, white-and-gray cube with a window on the side, a door in front and a clear removable panel on top. A 4.3-inch color touchscreen embedded in the front provides easy access to the various controls and settings; below that, the SD card slot. The included card, which comes with a USB adapter for plugging into your PC, has a handful of ready-to-print designs, along with Creality's "slicer" software for Windows.
That software generates the 3D-print files used by the printer. After downloading a model from a site like Cults or Thingiverse, you "slice" it using the desired parameters for the Sermoon V1. Then you copy that file to the SD card, pop it into the printer and start the job.
The V1 also supports Wi-Fi and can work with Creality's Cloud app, which lets you print directly from your phone. However, I don't recommend this option, at least not right away, as the app is confusing in places and doesn't have nearly the selection of models available elsewhere.
The printer features an auto-leveling heated bed with a removable, flexible magnetic plate on top. That's a wonderful thing, as prints adhere with no trouble, and you can remove them once cool just by twisting the plate a bit. The bed is on the smaller side at 175x175mm (with a maximum print height of 165mm), but that's room enough to make some pretty great stuff.
Although the V1 produces a fair bit of fan noise, it's quieter on the whole than most 3D printers, thanks in no small part to its enclosed design. I especially like the interior LEDs, which you can toggle on or off. When they're on, you can really see how your prints are progressing.

Creality Sermoon V1: How it prints 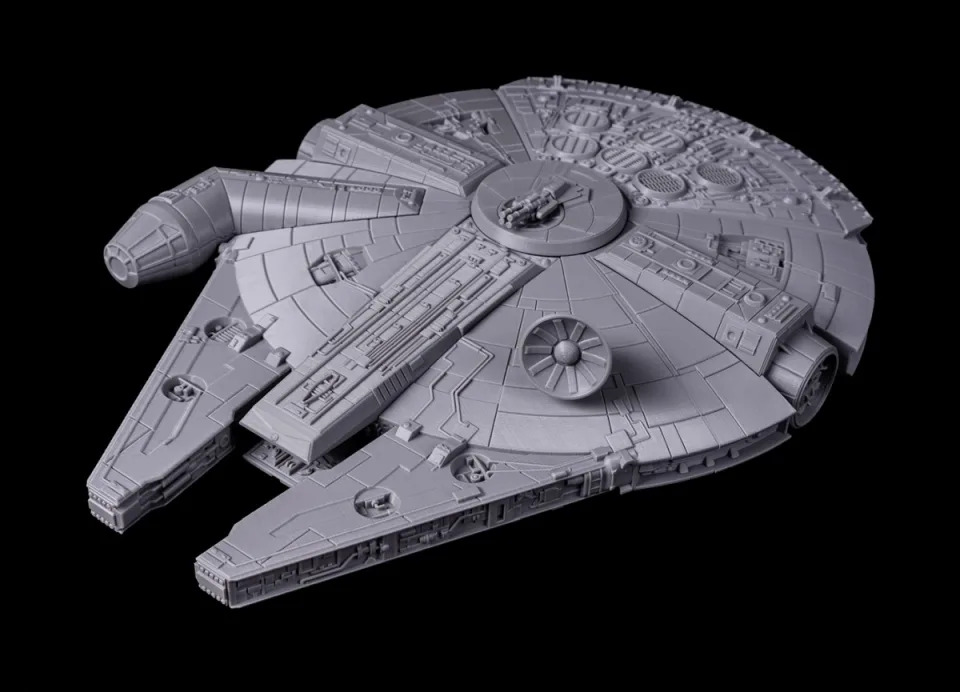 This stunning Millennium Falcon was printed in sections on the Creality Sermoon V1. (Photo: Fab365)

At the risk of jinxing things, I've printed maybe 20 different models on the Sermoon V1 (including some big, multi-section Star Wars ships, as shown above), and I've yet to encounter a single issue. Not one. I never have to worry about leveling because it levels itself. If filament runs out mid-job, the V1 pauses until I'm able to feed more. I've yet to experience an adhesion problem or a stuck print.
The finished products all look as good as I've seen from other Creality printers, which is to say smooth and gap-free. (Maybe a touch of stringing here and there, depending on what I'm printing, but nothing serious.) If I have one complaint at all, it's that the print bed is a bit slow to heat up; the nozzle heats quickly, but the bed seems to keep me waiting a few extra minutes.

That minor gripe aside, the Sermoon V1 is my favorite 3D printer to date — taking the place of my previous favorite, the Creality CR-6 SE. I still like the latter, which costs almost exactly the same, as it has a larger print bed and huge support community to help beginners.
But the Sermoon V1 looks way cooler and has the feel of a polished appliance, not some hair-pulling weekend workshop project. It arrives ready to make your 3D-model aspirations a reality, without all the usual 3D-printing hassles.