The issue of the distance between the print bed and the print nozzle directly affects the print quality. Leveling the bedplate is inevitably the most essential step before printing gets started.

Though almost all 3D printers appear with a flat and even print bed, the distance difference resulted from the nozzle’s movement on the XY axis can easily lead to failed print. BL-Touch is a smart auto leveling sensor for 3D printers based on open source, which can precisely measure and adjust the distance between the build plate and printer nozzle in a simple and easy way. The complete BL-Touch device consists of a microcontroller, a solenoid switch, and a push pin probe that comes into contact with the bed.

Automatic leveling achieves via the collaboration between the BL-touch device and its firmware.

How can BL-Touch Support Auto-leveling?

Since the function of BL-Touch is to detect and correct the distance between the printer nozzle and printer bed, the BL-Touch device has to be installed near the nozzle, enabling proximity sensor on the BL-Touch device to achieve high precision and high accuracy.

Similar to the optical end-stops, the BL-Touch also utilizes the principle of optics. Once the leveling process is triggered, the sensor examines the distance between printer bed and nozzle by probing different specific locations on the printing platform.

During this process, the data is collected and transmitted to its firmware, and then calculate whether the print bed is adjusted to its appropriate position on the XY axis.

In a word, the BL-Touch auto-leveling device makes it possible to optimize the distance between the printer nozzle and printer platform via some minor adjustments. The more appropriate the nozzle height is, the better the bed adhesion and print quality are.

Other Types of sensors ——Comparison and Differences

3D touch utilizes similar technology to that of the BL-Touch, a physical probe in conjunction with a Hall Effect sensor, which makes it a clone of the early version of BL-Touch. Is there any difference between the 3D touch and the BL-Touch?

Connections: Users have to create the wire extension for 3D touch to connect it up to its board, while the BL-Touch is with all its wire extensions. Make sure you get all the connections correct during its assembly.

Components: Both the BL-Touch sensor and the 3D touch sensor are Hall Effect type sensors at heart, with a pop-out pin that touches the bed and attempts to determine how far the bed is away from the sensor. The BL-Touch has a socket type connection on the back while the leaves on the 3D touch are soldered on. They both set screws on the type of the sensor adjust the pin height if needed.

Precision: To get the detailed information on their precision, the chart below is extracted from a YouTube video by Chris Riley. For more information, you can access the link:  https://www.youtube.com/watch?v=BPH9btHPcbc 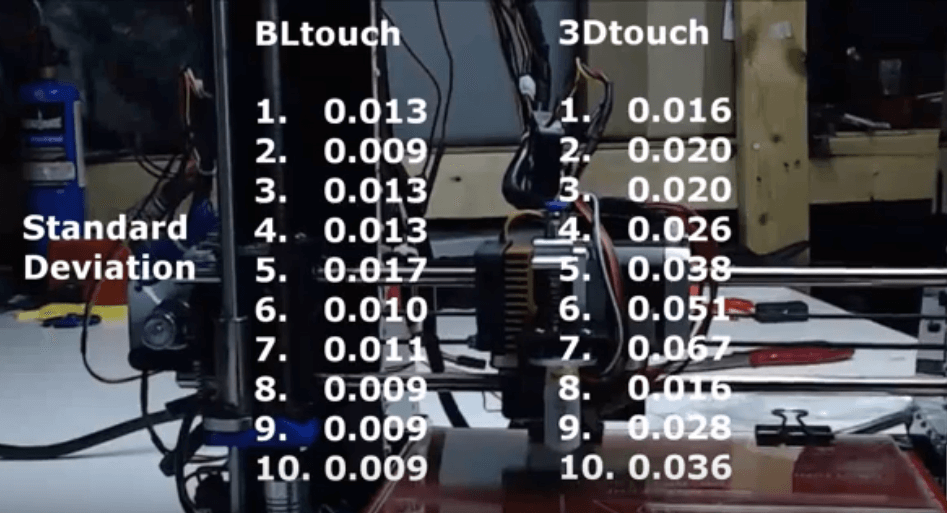 The statistics are collected from 10 sets of 50 tests each with a verbose setting of four and four random movements that were done on the same printer. It comes to the conclusion that the BL-Touch is more accurate at an average deviation of a little over 11 microns while the 3D touch comes at almost 32 microns. 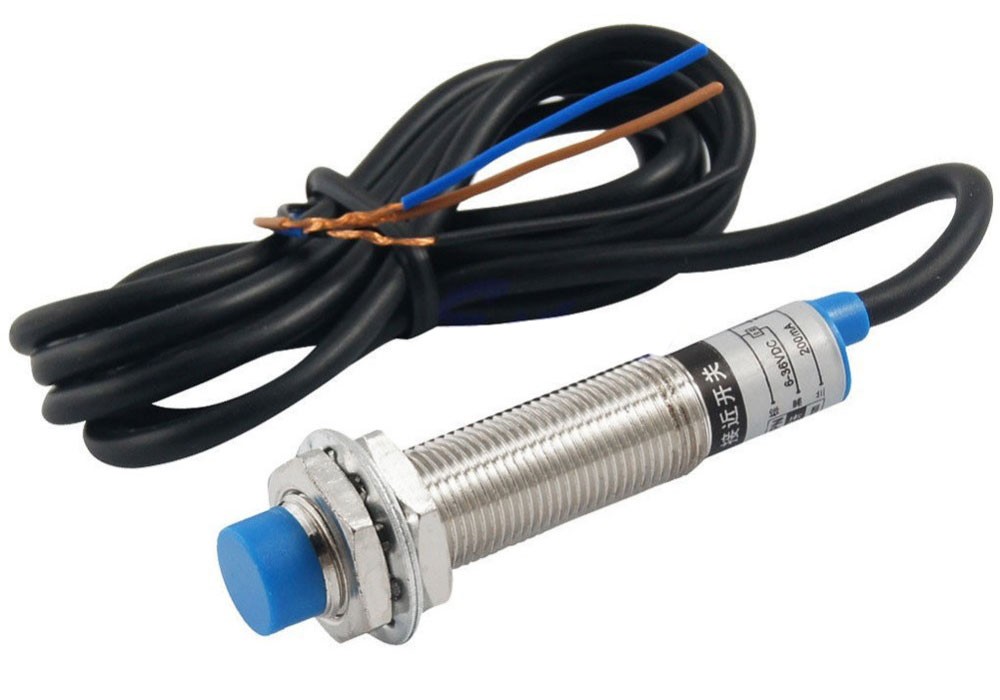 An inductive sensor is utilizing the principle of electromagnetic induction to detect or measure objects, which enables the sensor to physically touch the build plate during the leveling process. Since the inductive probe can be triggered only when it is in contact with metal. BL-touch, with more convenience, can be applied to all types of hotbed not only on metal but also on a plastic.

A microswitch is a small sensor that can measure or sense anything that moves. The actuators can be triggered by air current, weight, physical contact, or passing motion. Since its sensing depends on physical components that are not wear-resisting enough for a long time, the Microswitch is less accurate and reliable than BL-Touch.

The optical end-stop functions with the use of light, thus, sharing equal accuracy equivalent to the BL-Touch. Due to the complicated components and complex firmware setting, the optical end-stop is very much like a stranger for users, especially for those at entry-level.

More Than One Advantages of Auto-Leveling with BL-Touch

In addition to the auto-leveling with BL-Touch device, there is also the easiest feasible way of bed leveling achieved by manual leveling with big bed leveling screws equipped on all 3D printer. Users have to take time-twisting screws over and over again until the printer bed is tested to be set at the same level.

Compared to manual leveling, the BL-Touch auto-leveling broads advantages more than you think.

According to ALL3DP, "BL-Touch is equivalent to a microswitch mounted on a servo arm controlled by a servo motor. When the tool head lowers to home the nozzle in the Z-axis, the pushpin triggers the hall sensor, at which point the pushpin retracts and the tool head raises."

It works in such an automatic way that BL-Touch can gather and collect information all the way long during printing, and then adjust the print bed in time.

According to data, BL-Touch’s Standard Deviation in repeatability is around 0.005mm.

The BL-Touch device makes it easier to set the printer bed ready without wasting time fiddling with the bed and Z-axis height. Even though you are not a machinist, bed leveling is not a hassle either.

BL-Touch, to buy or not to buy?

BL-Touch is very much like a shining star on the top of the Christmas tree. If it is equipped on your 3D printer, more fine results will come out, the quality first layer of the prints, the high precision and etc. Enjoying DIY fun and enhancing mechanical skills can be obtained without it.

What is your decision?