A new printer released! Creality is always devoted to high performance and a quality printer.

With Integrated structure and modular design, the power supply is concealed in the machine, it's more convenient and safer for you to operate, it's so kind to design, right?

Equipped with the Carborundum glass platform as always. The platform enables the hotbed to heat up quicker and prints adhere better without warping. So you will see the ultra smoothness even on the first layer of the model.

Therefore, when you print the model at night, please don’t worry, it will not disturb your rest. So that not only you can have a good night, but also you can print the exquisite model.

4. Rotary knob added on the extruder

We both know when we put the filament into the extruder, it's a little difficult to feed-in. So Creality adds a rotary knob on the extruder to operate conveniently.

Because many people give feedback about the upgrade of the printer. They said that the screws or other small tools are often lost.

And the toolbox will be very helpful for people. So if you have more good ideas about the printer, you can send the Creality email, maybe in the next new printer, you will find them. 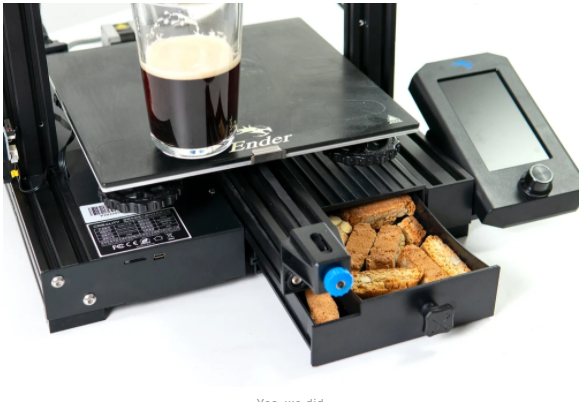 For the Creality Ender-3 V2 3d printer, it's sure that the resume printing function won't be less. The machine can automatically resume printing after power-off. Fewer worries about print failure.

It's simple and quick to operate. And also this color screen can remove easily to repair, which saves a lot of time and energy. 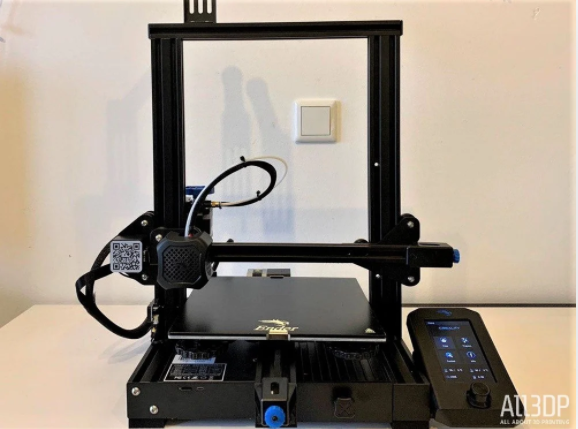 If you want to learn more about the Ender-3 V2 DIY 3d printer price details, keep eye on Creality official website, we will upgrade the more details.