What is UV resin 3d printer and what is it work for?

HomeBlog
What is UV resin 3d printer and what is it work for?

What is a UV resin 3d printer and what is it work for?

Most people might be aware of fused deposition modeling (FDM) technology, It can be said the most well-known 3d printer technology right now. If you want to start learning about 3d printing. FDM technology will be a good choice. But speaking of molding utility, DLP technology is more complex and more adaptable for the dental or Jewelry mold. Resin 3d printing is known for its great ability to achieve very nice, highly detailed parts, all thanks to a technology called vat polymerization.

In the following sections, we’ll provide a more detailed explanation of both SLA and DLP. 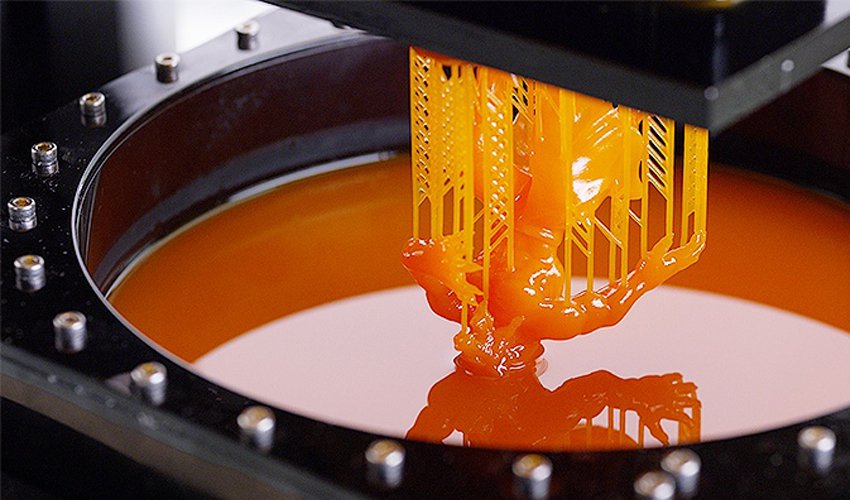 An SLA 3D printer consists of a vat (a resin tank), a build platform, an elevator — used for moving the build platform upwards or downwards — a light source and a pair of galvanometers.

The light source in most SLA 3D printers is a solid-state laser. When the laser hits the galvanometers, they ensure that the beam is precisely navigated along with a particular pattern. When the laser beam “touches” the resin tank, it cures the resin at that specific point.

When the laser finishes the curing process of a single layer, the build platform is elevated by one layer in height and the process is repeated until the part is complete.

As we’ve already mentioned above, the only difference between DLP and SLA 3D printers is the light source used to cure the resin. 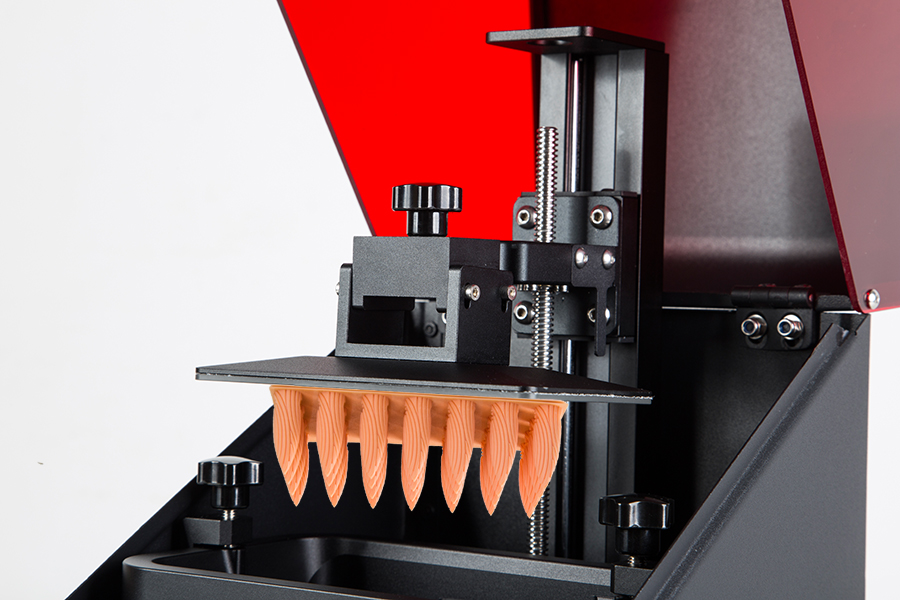 The light source DLP 3D printers use is a digital light projector screen. Whereas in SLA, a laser cures only a single point at a time, a DLP printer’s screen projects the image of an entire layer all at once. As a result, DLP printers generally print faster than SLA printers.

The device used for controlling where light is projected in DLP 3D printers is called a digital micromirror device (DMD). This is sort of like the galvanometers in an SLA printer, but much more sophisticated.

The DMD is at the “heart” of every DLP chipset. A DMD contains hundreds of thousands or even millions of small micromirrors that direct the light and create the pattern of a layer.

Since DLP 3D printers use digital light projector screens as a light source, the image of a layer is made out of pixels. Once 3D , these become voxels — tiny rectangular prisms visible in all three axes.

The process of printing for DLP is the same as with SLA, the build platform is poured into the vat leaving only one layer in height between itself and the bottom of the vat. When the image of a layer flashes, it cures the resin forming a solid layer. The build platform moves up and the process is repeated until the part is complete.

Up to this point, we’ve only mentioned the benefit of a DLP 3D printer over an SLA machine: the increased speed. As you would expect, DLP also has its limitations.

Since a DLP 3D printer uses a digital projector screen, it’s difficult to print large detailed parts using its full build volume. In order to achieve highly detailed parts, the size of an image that the projector flashes needs to be small enough that individual pixels can’t be seen.

To fully understand this, imagine you increased the size of a picture on your smartphone. As the picture grows, the quality is sacrificed. That’s why DLP is not suitable for producing one big detailed print or printing many detailed objects using its full build volume.

Another limitation of DLP printers is the boxy surface finish. Since voxels are rectangular, curved sections of a print tend not have a very smooth finish when compared to SLA. The good thing is that the problem with voxels and curves can be solved by sanding the part after printing.

Both DLP and SLA printers use resins, so the cost of printing should be similar. However, keep in mind that cost greatly depends on the manufacturer of the resin or even the printer.

What if 3D-printing goes 100X faster?
3D Printing Principle Basic Introduction
Free Consultation
Don't hesitate to e-mail us with any questions or inquiries, we would be happy to answer your questions.
If you have any questions or suggestions, please leave us a message, we will reply you as soon as possible!
Send