The technology surrounding 3D printing has continued to advance in recent years rapidly. What was once an unattainable asset for most businesses that can now be used by most industries? The large 3D printers of the past have now been downsized for many applications, with some even available in desktop size.

The Theory of Resin 3D Printer 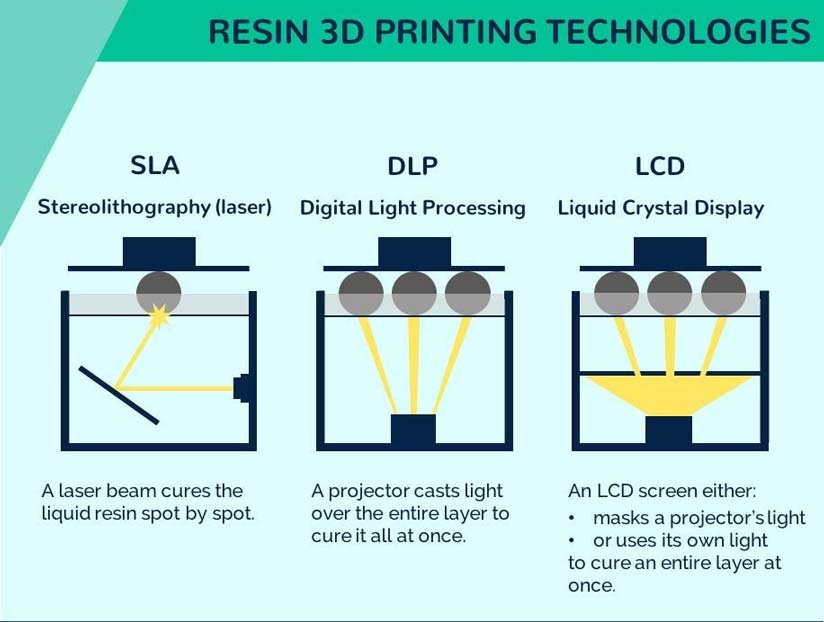 Stereolithography(SLA) is a type of 3D printing technology utilizing a high-power laser as the light source to solidify photosensitive liquid layer by layer in a photochemical process in which 3D models are gradually formed and created across a given area.

Instead of using a laser, DLP (Digital Light Processing) adopts a digital light projector to cure all areas of resin simultaneously. Compared to SLA, DLP 3D printers can create a 3D model at a faster speed as it takes less time to solidify each layer.

When it comes to LCD 3D printers, LCD machines directly shine light from an array of flat UV LCD panels to the build platform. The density of the LCD light is the most essential factor of quality prints. Higher resolution LCD light produces better quality final prints.

The History of Resin 3D Printer 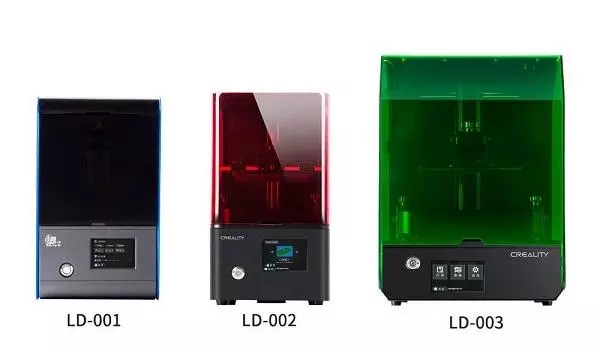 The SLA 3D printer was first developed in the early 1970s in Japan. Dr. Hideo Kodama was the first to try using a layered approach to printing by using a liquid polymer and ultraviolet curing. The technology was slow to develop and be accepted, however, and did not reemerge into the market until 1986 when it was patented by Charles W. Hull in the United States.

The resin 3D printer did not become popular very quickly because of the very high cost of the equipment and materials needed to create a printed piece. As patents began to expire and other technologies advanced, the UV 3D printer regained popularity in the early 2000s when technology allowed smaller and more affordable versions of these printers.

By 2011 the first desktop-sized resin 3D printer became available, and the technology continues to develop to this day. Now, after decades of development, 3D printer technology has become advanced enough and affordable enough to be used by businesses in all industries. 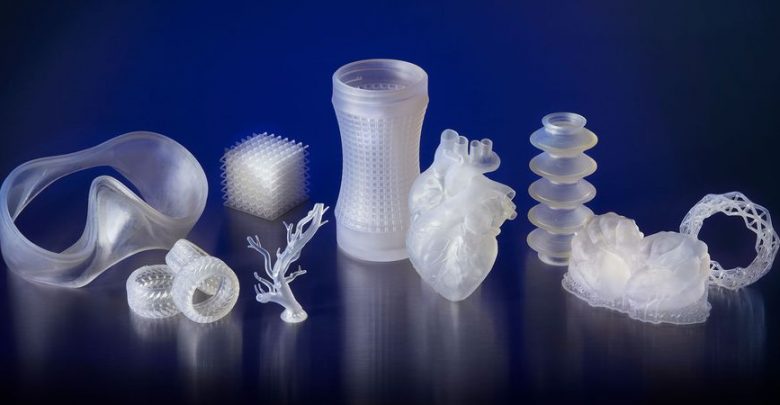 When using a DLP 3D printer, you can create items with extraordinary detail and distinct features as small as 0.3mm. However, this type of printing often requires that the product is built at an unnatural angle and will require that supports are attached during the printing process to keep the piece in place for completion.

Anyone that is printing on an SLA 3D printer is encouraged to develop the support system in areas where you do not need to pay a lot of attention to the smoothness or appearance of the piece. Removal of the supports will be necessary when completed, and it will leave little nubs on the product.

There are several different post-processing things that you can do, however, to remove these nubs, smooth the overall product, and even make the piece transparent. Each of these processes will achieve a different effect.

• Basic Sanding. If you just need a smoother finish once you remove the supports, you can gently sand the piece so that the nubs are flattened. You are encouraged to add at least a 0.1mm extra layer to your product to account for sanding.

• Wet Sanding. Wet sanding achieves the best look for sanding on any printed product, and you can achieve better effects with each level of sanding that you complete. By using a finer grade each time, you can remove everything from the nibs from the support structure to the layer lines in the finer areas of your product. Wet sanding can be a longer process, but the effects are very good.

• Mineral Oil Finish. When you wet sand a printed piece, you can take this finishing to the next step and coat the product in mineral oil. The mineral oil will even out the coloring on the piece and help hide any whitened areas from the sanding. Mineral oil will help produce a transparent look at some types of resins. Coating with oil also helps lubricate parts that are being used in mechanical pieces.

• Acrylic Spray. Using an acrylic spray can help hide layer lines and protect the piece from yellowing due to additional UV exposure. However, you need to check with the type of resin you are using to produce the piece. Some resins will not allow acrylic spray to adhere to the surface, which can cause the piece to curl or be ruined.

• Polished to a Transparent Finish. You can wet sand your piece to a very fine finish, concluding with 2000 grit paper, and then use a polishing compound to make it transparent. This type of post-processing is usually only good for pieces that have larger flat surface areas such as a watch crystal.

Advantages of a Resin 3D Printer

There are many advantages to using a UV laser 3D printer as opposed to other methods like mold injections or machining. Some of these advantages include:

• Superior accuracy in the construction of the prototype or part.
• No variations in each part that is created
• Can generate well-defined features in sizes as small as 0.3mm
• The outside surface is the smoothest of any manufacturing type
• Versatility in types of resins that can be used
• Desktop SLA printers can manage products up to fist size, and there is no limit on the size with larger 3D printers

In FDM (Fused Deposition Modeling), 3D objects are created by depositing a strand of fused filament extruded from a hot extruder layer by layer. In this way, the resolution of an FDM 3D printer is impacted by the precision of the motors, the nozzle size, the X/Y axis movements, and many other factors.

Resin 3D printers, however, can deliver higher-resolution objects as its precision is determined by the optical spot size either of the laser or the projector – and that is really small. The advantages of a resin 3D printer over an FDM 3D printer can be concluded as follows:

Resin 3D printers offer so much versatility that every industry can benefit from using 3D resin printing. Some of the current ways that this type of printing is being utilized include:

• Prototyping and Engineering. All industries have been discovering the benefits of using a 3D resin printer as part of their R&D departments. Prototypes and ideas can be brought to life in a way that was not possible only a short time ago.

• Education. There have been many benefits to adding a 3D printer to schooling. Not only can the students learn about 3D printing technology, but they can also learn engineering, design, and from the student aides created by the printer.

• Manufacturing. Manufacturing companies have found that there are many benefits from being able to create tools and small molds and other aides from a 3D printer.

• Dental. The dental industry has significantly advanced with tooth replacement technology, thanks to 3D printing.

• Jewelry. A new trend in 3D printing is creating custom jewelry. With the ability to print in such fine detail, the jewelry produced is very beautiful.

Since May 2019, light-curing models have appeared frequently in major rankings, and now they are stable in the top 100 best-selling 3d printers, even the top ten.

The light-curing market is rapidly emerging. Since the light-curing product is more accurate than the FDM model and the price is almost the same as the FDM model. People are willing to try higher precision light curing. Especially High-end fields such as medical, dental, and jewelry have a greater demand for light curing, driving their development speed.

5 Keys Things You Need to Know Before Using a Resin 3D Printer
Basic Guide for 3D Printing Beginners
Free Consultation
Don't hesitate to e-mail us with any questions or inquiries, we would be happy to answer your questions.
If you have any questions or suggestions, please leave us a message, we will reply you as soon as possible!
Send