HomeBlog
Something You Need to Know between PLA and ABS

Something You Need to Know between PLA and ABS

With the development of FDM technology in China, 3D printer FDM technology is becoming more and more popular. In the current market, there are two kinds of mainstream filaments for the FDM 3d printer: ABS and PLA. They are all engineering materials. 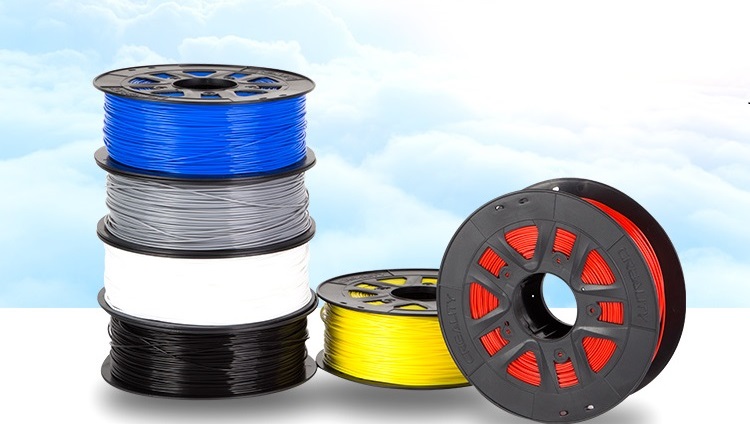 Here are some ways you need to focus on when you choose the FDM printer filaments.

First, let’s learn about PLA and ABS. Compared with PLA, the melting point of ABS is about 200℃, and the nozzle temperature of printing ABS is generally 210℃ - 230℃. The melting point of PLA is about 180℃, it is lower than that of ABS. The nozzle temperature of the printing PLA is generally 190℃-220℃. In terms of the 3D printing model, PLA is harder than ABS. The model printed with ABS is darker, and the model printed with PLA is lighter. These are the small differences between ABS and PLA.

Three, for other characters, PLA is an environmentally friendly material. When you use filament PLA for printing, there will be a sweet smell like candy. However, the ABS will be a pungent smell. In addition, PLA also can print much bigger models without the heating bed, and the edges of the models will not be raised. But ABS is easy to warp.

Finally, before purchasing a printer, please make sure that the printing filaments what the printer is suitable for. The filaments produced by each manufacturer will have different additives, and the proportion of additives will be different. If the proportion of water added in filaments is too large, the outer wall of the printed model will appear accretion, which will affect the appearance of the model. Every 3D printer has one of the most suitable filaments. For example, there is an Ender-3 printer in Creality 3D, which is more suitable for printing 1.75mm PLA filaments after testing in the factory. If ABS filament is used, printing can be completed, but the printing effect is not as good as PLA. Therefore, it is recommended that each 3D printer only use filaments from the same manufacturer, and do not change printing consumables frequently.

Ender-3 V2 Review: The Most Hacked Ender-3 is Getting Upgraded
How Color 3D Printer Works
Free Consultation
Don't hesitate to e-mail us with any questions or inquiries, we would be happy to answer your questions.
If you have any questions or suggestions, please leave us a message, we will reply you as soon as possible!
Send