The Forbidden City Under the 3D Printing

HomeBlog
The Forbidden City Under the 3D Printing

The Forbidden City Under the 3D Printing

With the broadcast of a number of the forbidden city TV program, the ancient buildings and cultural relics treasures of the Forbidden City have gained countless fans.

He 3D printed several parts of ancient architecture and used mortise and tenon structure to build it, completing the production of "The Forbidden City Corner Tower", passing down the traditional Chinese culture with craftsmanship. 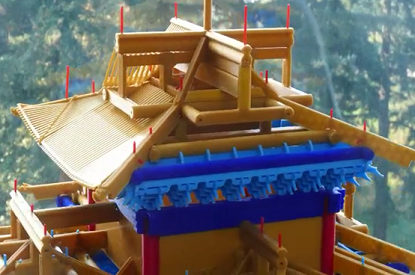 In the Forbidden City, the Corner Tower was the most complex architecture. The roof has three layers of eaves.

They consist of sloped roofs that jointing vertically and horizontally, forming a complex.

The number of 9-girders, 18-columns, and 72-ridges in the building is all multiple of 9.

Nine is the biggest Yang number (in Chinese philosophy, Yang expresses masculine or positive principle in nature) appreciated by monarchies in the past dynasties.

These concepts and designs are full of symbols increasing infinitude verve. 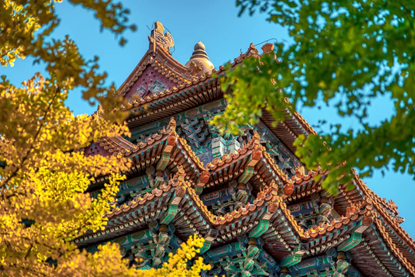 The work of making ancient buildings with 3D printers requires great patience and concentration but there are many senses of mystic and achievement that make them fall in love with it. 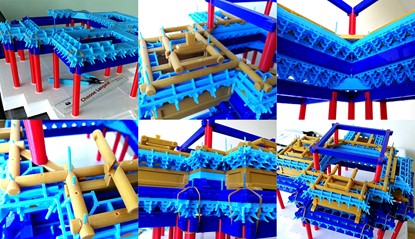 Turn the imagination into reality easier.

Making all the professionals and Non-professionals have a brand-new spatial awareness of architecture and three-dimensional perception.

Supporting the research and teaching of ancient architecture scholars

Understanding and studying the ancient building’s internal structure is essential for architecture scholars and learners.

3D printing technology can accurately scale the size of ancient buildings, low-cost and high speed in the production of the roof ridge, wing angle, beam square, and other parts used to build ancient buildings.

The humanization design in printer structures and functions makes it easy and convenient to operate.

For the different model printing size requirements, the Creality 3D printers have different sizes that are suitable for personal and Maker education at reasonable prices.

An Iron Man by Creality 3D printed
The Creality 3DPrintMill Campaign Has Finished Perfectly
Free Consultation
Don't hesitate to e-mail us with any questions or inquiries, we would be happy to answer your questions.
If you have any questions or suggestions, please leave us a message, we will reply you as soon as possible!
Send