Note: All photos in this article are from the Creality official Ender-3 V2 3d printer user group. 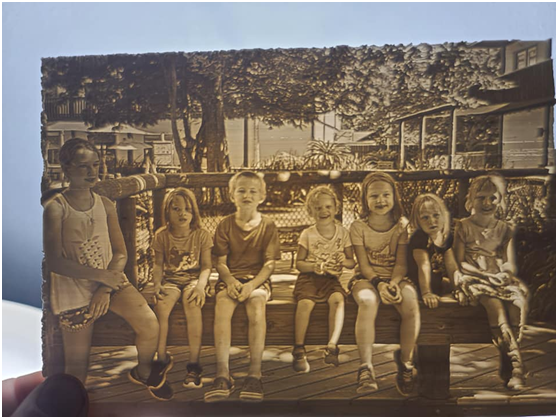 “Did another lithophane. The thing came out perfect.” is what Leif said in his Facebook post. The result is just true to what he said.

Lithophane is a 3D print of a photo that uses the thickness of the print to show varying shades of grey when illuminated from behind. When making this Lithophane, Leif changed orientation to the front to back instead of side to side and printed with side supports. 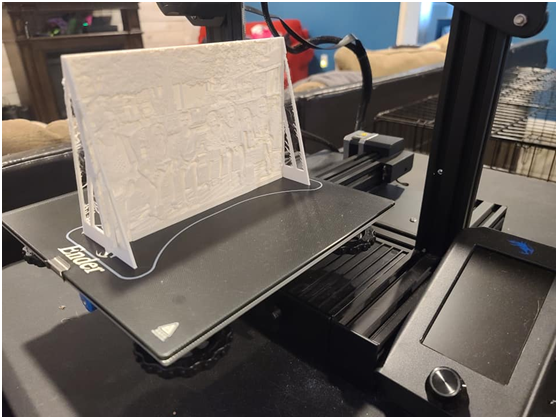 The plain white Lithophane photo was printed 4mm thick instead of 3mm, which effectively adds some old-timey vibe to it.

A 26-hour Print from Nathan 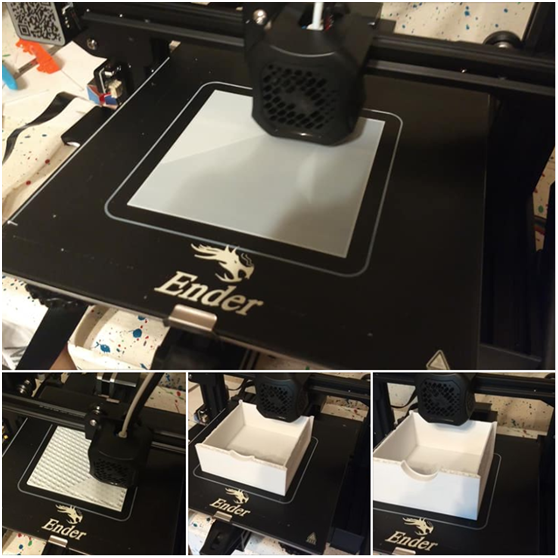 “About 12 hours into my biggest and longest print yet. So far, I think it's looking good. Still have 14 hours to go.” The girl expressed her excitement with some plain words.

From the picture, we can easily notice that the prints adhere quite well to its print platform. The first layer part looks so nicely smooth in fine results. No doubt that the Carborundum glass platform is making a real sense of the Creality Ender-3 V2 3d printer. 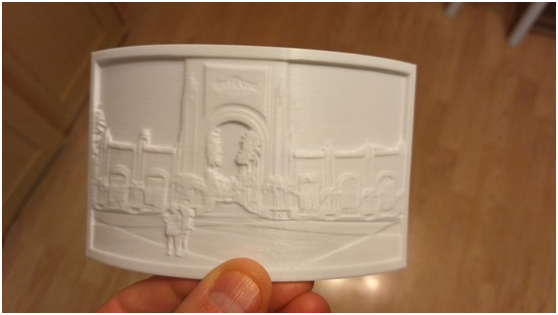 Considering that there was a hot discussion in Creality Official Ender-3 V2 3d printer User Group, Nathan got helpful suggestions and opinions from the community, and finally decided to purchase the Ender-3 V2 3d printer as her first pick up. Except for that, those honest reviews from 3D printing YouTube also did a great favor for her.

One of the extra merits of being a Creality user is that you can get community help and share on multiple social media. 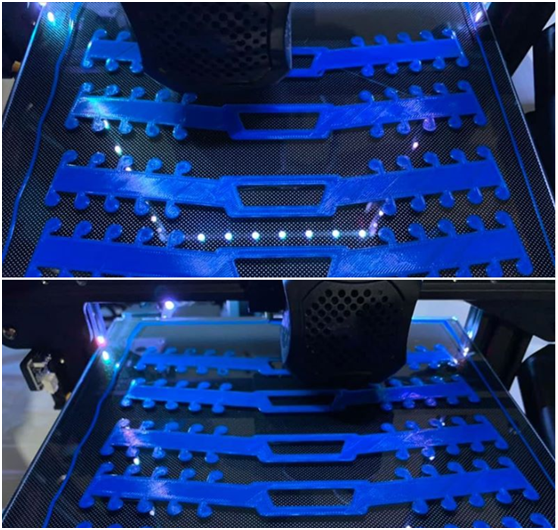 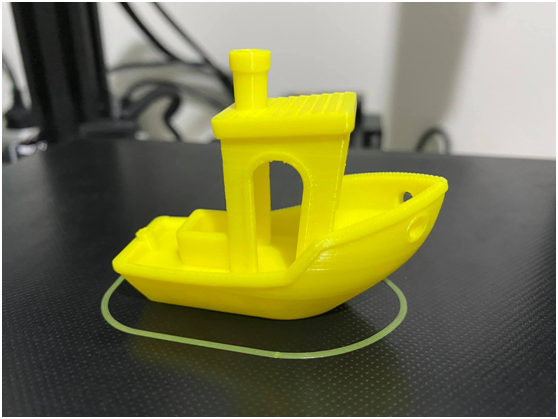 After finally getting the print bed leveled, Glenn got his first 3D Benchy on his Ender-3 V2 3d printer.

3D Benchy is the flagship of all 3D printer torture tests. This model tests everything from overhangs to extrusion. Obviously, the result done by Glenn turns out amazing.

The Benchy was printed at standard settings in Cura with the nozzle temperature at 210, the bed temperature at 55, and the first layer speed at 15mm/s.

“The Ender 3 V2 3d printer has been consistently good,” said Aamir in his Facebook post. The 3d prints turned out satisfactory, with just some minimal layer lines and the occasional blob visible. Overall, this model gave a glimpse of what the Ender-3 V2 is capable of.

The Creality silent board is a 32-bit board with the 2560 chipset, thus enabling it to have better performance inaccurate printing and finer movements.

Creality Ender-3 V2 3d printer is having a branded power supply that is capable of providing strong electric current and stable power voltage. Thanks to the strong power current, the hotbed, and the nozzle can quickly heat up to the required temperature within several seconds. Everything on this 3d printer is fast and efficient. Besides, the Ender-3 V2 3d printer protects its power supply inside the machine base, which makes the 3D printer stays in a much safer state.

The user-friendly add-ons, including the belt tensioner, the toolbox, and the Carborundum glass platform, make the machine quite outstanding in practicality.

It bets that the toolbox will be one of the favorite upgrades for users to enjoy because it is quite convenient to store and fetch all the tools at any time.

Compared to the magnetic print bed on Creality Ender-3 and Ender-3 Pro 3d printer, the Carborundum glass hotbed has better performance in thermal conductivity and adhesion. The 3D prints that come out from the Ender-3 V2 3d printer even have a smooth surface and fine texture on its first layer.

One Word
Glad to see the Ender-3 V2 3d printer is living up to our expectation creating a new Ender craze in the 3D printing community. If you are willing to share your 3D printing experience with us, please follow and get connected with us on Facebook: https://www.facebook.com/Creality3DService/

If you are new but interested in getting into 3D printing, please send us quotations: info@creality.com

Four Factors Affect the Printing Quality ----LD-002R
How to Make 3D Printed LEGO Bricks on Creality CR-6 SE?
Free Consultation
Don't hesitate to e-mail us with any questions or inquiries, we would be happy to answer your questions.
If you have any questions or suggestions, please leave us a message, we will reply you as soon as possible!
Send