Ender 3 VS Ender 5-The Difference and Comparison Explained


2020 Creality Ender3 and Ender 5 will be also the absolutely hot Star for hobbyists or students. It is not surprising to see that in regard to their amazing printing precision and well- take prices. How come I would like to write this article to Ender 3 Versus Ender 5, because I’ve met some friends asking about what are the main difference between these two 3d printer and which one shall I get, is Ender 5 better than Ender 3? and where can I get the exact Creality Ender 3d printer instead of a fake one. Let’s move on to the next part and you will learn the difference between them and know which one you should get.

What is the main difference between these two 3d printers ？

Ender5 is actually come out in 2019, it can be said it is the latest Ender 3d printer of Creality, it has the same hot end and extruder assemblies and mostly the same mainboard as Ender 3, but the main running system is totally different, it’s motion system is well-arranged and different from Ender 3, Instead of moving along the X- and Z-axes, the hot end travels in the XY-plane, always remaining at the top of the device while the build plate moves up and down. But don’t think it is just a CoreXY mechanism, even the X-axis motor is still attached to the carriage.

With respect to the Ender 3, the most exciting feature on the Ender 5 is the building size, it adds 50 mm in the Y dimension. Furthermore, with its better filament pathway, the Ender 5 addresses a well-known issue with the Ender 3.

Released in March 2018, it;’s sales capacity is extremely explored during 2018 and 2019, Creality hot fans have claimed it is an amazing 3d printer and it is really a good start for beginners, Creality has really done a great job of making this affordable 3d printer. And you can check the pop review of it almost full on the Youtube Channel. in September 2018, the Ender 3 Pro was released, offering increased stability, a magnetic build surface, and a certified power supply. 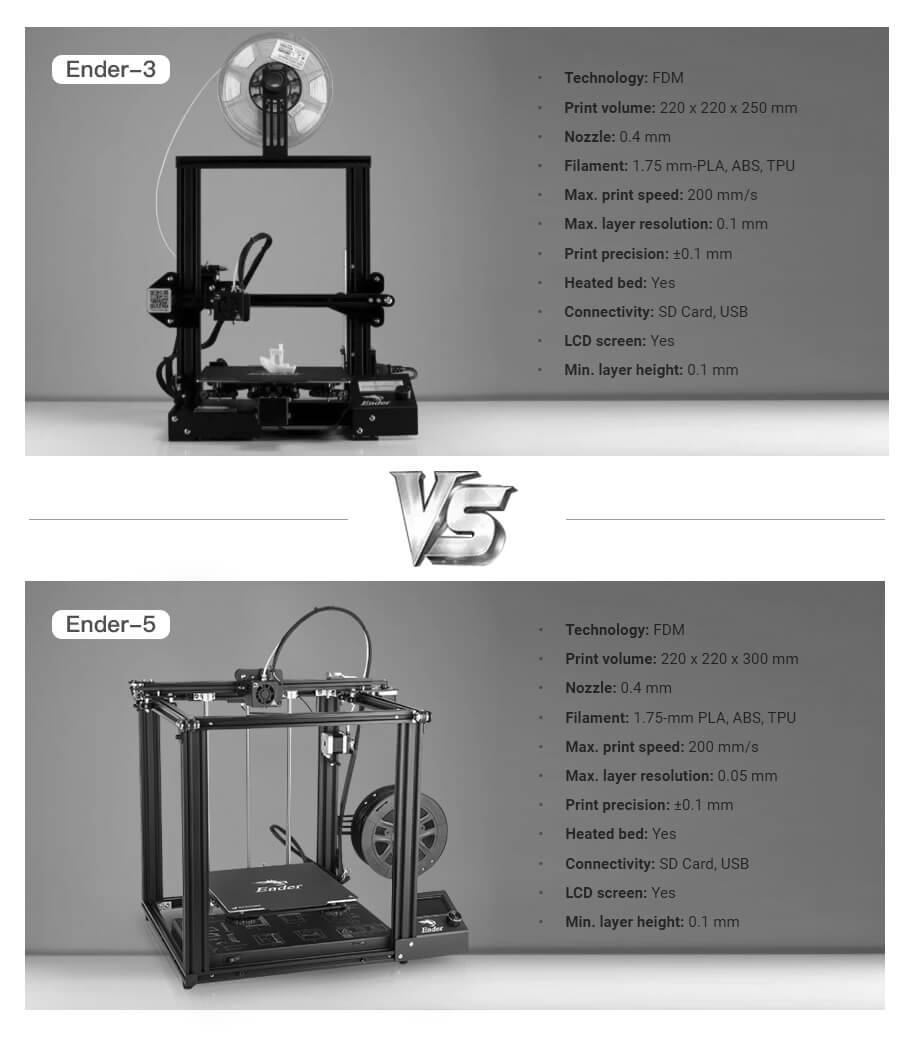 Most People might be also confused and don’t know which one to Get? And don’t know where to order the exact Creality 3d printer rather a fake one, mentioning that they also know how to identify its’ realistic. Read it Down and you will figure out the answer.

We can definitely say that both Ender 3 and Ender 5 are the great 3d printer. It is extremely hard to make a choice. Here is the question you can ask yourself,

You might have to ask yourself a question what is the budget to buy a 3d printer? And are you the first time experience 3d printing? The price of Ender 3 is around $200 -$300, while the price of Ender 5 is around $300- $350. if it is the first time in 3d printing, you can totally get an Ender 3 3d printer, especially for school education, our Ender 3 is perfect for stem educations because it is much easier to cooperate. But with the same high precision, Perfect for beginners and students.

If you are the hobbyist who enjoys doing the bigger size models and loves to see how different the running system. I believe it will be your new lover, because of the building frame, it will more stable than Ender 3 while printing.

The hot end on Ender 3 is Creality MK 8, which the ender 5 comes with a MK 10, which can help to reduce the clogging and filament jams.

The heated bed on the Ender 5 is the same as that on the Ender 3. The magnetic PEI sheet is present on both the Ender 3 Pro and the Ender 5, but on the latter, it doesn’t bump into the power supply, which is a problem on the former. (The stock Ender 3 doesn’t come with the PEI sheet but can be retrofitted accordingly.)

The bedsprings on the Ender 5 have been upgraded to Uxcell springs, which hold tension better, requiring less frequent leveling.

Ender 5 equipped with Meanwell power supply while the ender 3 is with the normal motherboard, but right now both the firmware has all upgraded with thermal runaway protection since June 2019, for safety confirmed. People are worried about the safety problem when using machines, especially parents. Creality takes it seriously and all the 3d printer we made has improved with the thermal runaway protection.

Both of the Ender 3 and Ender 5 now are upgradable, both of them can be added with the BL touch(Auto-Leveling Function), no more leveling problem anymore, but for beginners, we suggest the customer doesn’t add the bl touch themselves, you can ask if it can be added while in stock. and Silent motherboard to help reduce the noise while printing. Some friends are complaining about the noise that happened a problem a lot while printing. Now you can change the silent motherboard for a better user experience now. 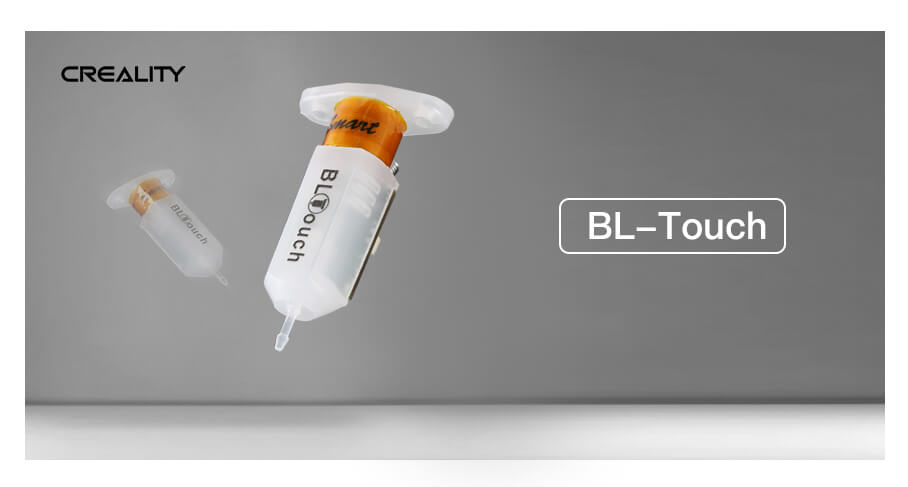 We suggest friends who would love to order the 3d printer from Creality official website directly. for the brand confirmed and better customer service will be provided. As well as the quick technical support and replacement offered directly. Check here for direct quote:info@creality.com

Dual Extruder on Creality Ender-3: How to Achieve This Amazing DIY Upgrade?
Ender-3 VS Ender-3 Pro- The Difference
Free Consultation
Don't hesitate to e-mail us with any questions or inquiries, we would be happy to answer your questions.
If you have any questions or suggestions, please leave us a message, we will reply you as soon as possible!
Send