Not only the United States, as the new crown epidemic continues to spread, Italy, the United Kingdom, and Germany and other European areas with severe epidemics have also experienced shortages of health and medical supplies. Masks, ventilators, and nasal swabs and pharynx used for testing Essential supplies such as swabs are already in short supply. Since the outbreak, manufacturers of traditional medical equipment and protective equipment have been producing at full capacity, and are still far from being able to meet this sudden burst of demand.

In the past few years, industrial 3D printing technology is about to achieve a breakthrough, showing the public its rapid response and production capacity. In a sense, this technology, which can be produced from design to production in one day, and can produce parts on a large scale on a multi-platform basis, seems to be designed for the crisis of the new crown epidemic.

3D printing is largely regarded as an emergency measure, but in order to fill the critical gap in the supply chain that was torn by the epidemic, 3D printing may help the hospital get a certain number of masks and other related medical suppliers.

3d printers have become the most popular relief material manufacturing machine nowadays. Due to their rapid prototyping characteristics, have greatly saved manufacturing costs and time. In recent years, consumer-grade 3d printers are slowly entering people's lives, especially in the popularization of student education In the past, more users tend to print design decorations a. But in this year's sudden outbreak virus, what made users unexpected is that it has become a life-saving hero. Many users use 3D printers to print masks, mask buckles, respirators, goggles and other suppliers. 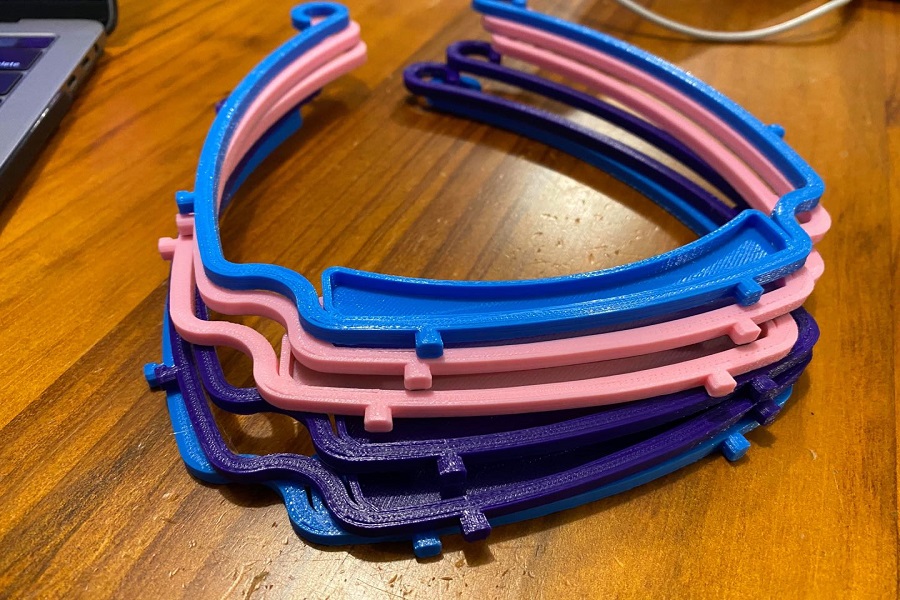 Creality, a 3d printer manufacturer located in Shenzhen, has used their 3d printer printed hundreds of mask buckles to help people get rid of the virus, as well as most of our users, have print the mask field for the hospital in Australia. One of our customers have donated some filaments for the users to print more. The users mention that they’ve already print most of that, but with to print some beautiful colors to entertain the staff in the hospital, that’s why they post on Facebook and looking for some filament donation. Customer 3d printer like Ender-3 has played an Timely part while preventing people from viruses. Some users have said that it is quite a 3d printer that can print those suppliers because of the lack of masks and other suppliers.

For quicker printing speed improved so that can help print more suppliers, Creality has decided to make this Ender-6 3d printer. It’s printing speed will 3 times faster than another 3d printer with the same printing precision, also the printing size is 250*250*400mm, with new cubic structure design, now all released 3d printer in 2020 will be with carborundum glass print bed for easier removal as well. Now the price of Ender-6 is not publicly released yet. It allows pre-order only now.

An analyst in the 3D printing industry said, "It is easy to see hundreds of ideas for using 3D printing for the new crown virus epidemic prevention." It speculates that approximately 47,000 industrial-grade 3D printers are currently installed in the United States. With the current closure of aerospace, automotive, and other manufacturing industries that rely on them to produce parts, most of them may be able to come out to fight the COVID virus.

The role of 3D printing in saving lives will depend on how fast the disease spreads and how quickly manufacturers and suppliers around the world can take steps to reorganize and expand production capacity.

When will the resin 3D printer be popular? | Creality 3D
What is FDM 3D Printing | Creality 3D
Free Consultation
Don't hesitate to e-mail us with any questions or inquiries, we would be happy to answer your questions.
If you have any questions or suggestions, please leave us a message, we will reply you as soon as possible!
Send